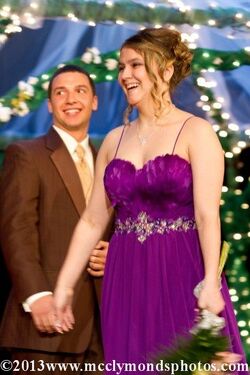 Icedancer487 aka Raven is an American Writer. She is a writer for Gallows Hill (Series) and FanFiction.net.

Raven Victoria Yhelka was born in Pennsylvania, USA on August 16, 1994. She was born and raised in Ellwood City. She recentley graduated from Lincoln High School in 2013 and plans to attend Community College of Beaver County to major in Social Works. She won the title of Prom Queen in her senior year of high school. She loves to write about family dramas and show the developing relationships between them or the downfall of some relationships. Her favorite kinds of books are romance dramas, currently she is obessed with Pride and Prejudice by Jane Austen.

Raven donated a charcter named after her, who had a horrible home life and was eventually turned into a vampire by a man who she thought loved her. She officially joined Gallows Hill on November 13, 2013. She started her first fan special called Seekers of the Truth, which focuses on her characters family many years after she disapperaed. A sequel came right after called Children of the Night, which focused on her siblings discovering the supernatural world. The Devils of Salem is a prequel to the Seekers trilogy, it focuses on the Webb family who are a family of practicing witches, who attempt  to stay hidden during the Salem witch Trials. She is now working on a sequel to The Devils of Salem, called Grace which is about Christian Davis's Journey of finding Grace after she disapperaed during the witch trials.

Raven has written the following episodes.

and many many more are in the pipeline.

Here is where you add any GH/TVD/TO artwork you may have done in a slideshow gallery, widths 500 and a center position.

Retrieved from "https://gallowshill.fandom.com/wiki/Icedancer487?oldid=17049"
Community content is available under CC-BY-SA unless otherwise noted.