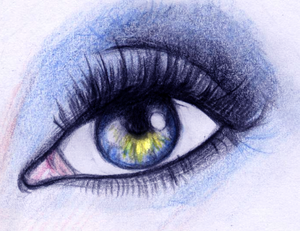 Mind Compulsion is an ability exclusive to the Original Vampires, Certain Immortals, Vampires, Hybrids and certain powerful Witches. It allows the user to control another person's mind by making eye contact, somewhat astral project into their dreams and overall erase the victim's memories or even alter them to the point where something is completely different about them. Compelled beings usually follow the instructions given to them by the vampire who compelled them to the best of their ability. Needless to say, this ability plays a vital role in keeping the existence of Vampires (and by extension, other supernatural races) hidden. While most vampires use compulsion with verbal commands. Vampires can only compel humans, while Originals can compel both humans and vampires, but not their fellow Originals and though Vampires seem to be aware that they are being compelled while under the effect (Humans aren't), they are, by no means immune to it, unless they have Vervain in their system. However, any vampire can control the dreams of another vampire, like Katherine did to Stefan and Elena and what Damon did to Rose. Compulsion doesn't work if the victim is on vervain.

When someone is compelled, a new compulsion cannot override a previous compulsion. It is, however, possible to plant a new compulsion for so long as it does not conflict with the previous one. As users grow older, their mind compulsion skills evolve and mature.

When a human who has been compelled in the past dies and is in transition to a vampire, they will remember everything they were compelled to do or forget.

1 of 1
Add photo
Retrieved from "https://gallowshill.fandom.com/wiki/Compulsion?oldid=4712"
Community content is available under CC-BY-SA unless otherwise noted.